A little something I wrote for my friend Kate during her time away.

YouTube… just let that site register for a moment.

Now, what do you look at on there? Most of the time, for me, I watch a variety of three genres: gamer videos, dub-step dancing and movie trailers. There is an entire world of information, entertainment, nonsense and animal videos. Where does an author / book lover rate in that grand scale of things? Heard about Pluto lately? It’s rather lonely for an author out there right now. Can it change? I hope so. The next generation of authors are going to be more social media cognizant and try to reach as many platforms as they can.

Personally, I have my own channel (equipped with playlists) and I plan on developing it over time to make it something for fans to look at. It currently takes a look at various authors in stages of their careers as an interview. We talk…

I think if you were to go to a majority of my classmates, workmates and people I have met casually along the way, you'd have no real scope as to my personality. I'm not trying to be shy or pious in any way, it's just who I am. It's who a lot of us are, … END_OF_DOCUMENT_TOKEN_TO_BE_REPLACED

Go and pick up a copy of my friend’s re-release through Clean Teen publishing! Super excited for her.

Minutes Before Sunset has officially released!

I’ve also make a special “thank you” video that you can now watch via my YouTube channel, Coffee & Cats.

“Her kiss could kill us, and my consent signed our death certificates.”

Eric Welborn isn’t completely human, but he isn’t the only shade in the small Midwest town of Hayworth. With one year left before his eighteenth birthday, Eric is destined to win a long-raging war for his kind. But then she happens. In the middle of the night, Eric meets a nameless shade, and she’s powerful—too powerful—and his beliefs are altered. The Dark has lied to him, and he’s determined to figure out exactly what lies were…

Since January, I have had fourteen daughters and a couple of brothers. Seems outrageous, but being a coach on a softball team, there is a sense of family. For months I got to witness, coach, laugh and get frustrated by a whole baker's dozen of teenage girls. Granted, one is my own and I feel … END_OF_DOCUMENT_TOKEN_TO_BE_REPLACED

April was kind enough to test out my genre. Come see what her thoughts were! 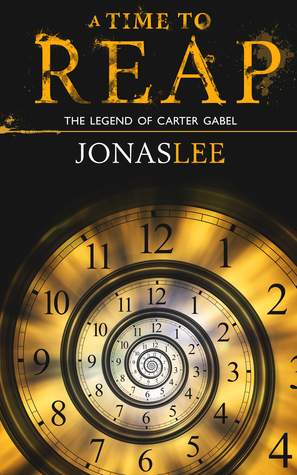 Pemberton Academy is not just a school, it’s a gathering place for the children of the future that are afflicted with Temporal Displacement and Telepathy; in short, time travelers and mind readers who have been diagnosed with this “disease.” The Academy is not all as it seems after an explosion nearly takes one of its classmates, but not before Carter Gabel rescues her by using an unknown symptom related to his described illness. An unsanctioned group called the Program begins taking notice as the two classmates exhibit stronger abilities when they are together. Carter’s sense of reality begins to unwind as he learns more about his estranged father’s involvement with it all.

Carter will have to overcome the past of his father leaving, the present of an unknown adversary hunting him down and a future that seems to change with each decision he makes. He…

Hello Everyone, I am on the final day of the Post A Quote Challenge. Thanks to both Kate M. Colby & Zach Chopchinski for simultaneously thinking of me in this instance. One of these times, I'll get you first.  Here are the rules in said challenge: * Post one quotation a day for three days … END_OF_DOCUMENT_TOKEN_TO_BE_REPLACED

Hello Everyone, I am on day two of the Post A Quote Challenge. I'm sure everyone will want to thank both Kate M. Colby & Zach Chopchinski for nominating me!  Here are the rules in said challenge: * Post one quotation a day for three days (they can be from other sources or one of … END_OF_DOCUMENT_TOKEN_TO_BE_REPLACED

Hello Everyone, I'm sure a lot of you have been seeing the Post A Quote Challenge. Thankfully, people like me enough to nominate me for things like this. I want to thank both Kate M. Colby & Zach Chopchinski for nominating me!  Here are the rules in said challenge: * Post one quotation a day … END_OF_DOCUMENT_TOKEN_TO_BE_REPLACED

Hello everyone! I'm back and getting ready to make July productive. Yes, I know there is more left to June, but realistically, there is a lot of catch up with work, more softball tournaments and a creative kindling I am looking forward into turning ablaze. I'm planning to use the rest of June as a … END_OF_DOCUMENT_TOKEN_TO_BE_REPLACED

Writing stories and entertaining others is my number favorite thing to do. I do it for fans and the art of constructing words into mental imagery for people who want to escape a life of commuting, responsibilities and reality altogether. Popularity is always a back burner hope for all authors, I think. Speaking for myself, … END_OF_DOCUMENT_TOKEN_TO_BE_REPLACED